If you’re looking for a simple way to decorate your pumpkins without carving them, you’re going to love these no carve pumpkin ideas. These ideas are perfect for small pumpkins and large pumpkins that you want to display for a while.

Ready to decorate for fall and Halloween but don’t really want to worry about carving pumpkins? I bought a couple of new faux pumpkins to put out because heat indexes here are around 100 this week and I didn’t want them to bake.  No worries, these 14 No Carve Pumpkin Ideas take care of that worry. 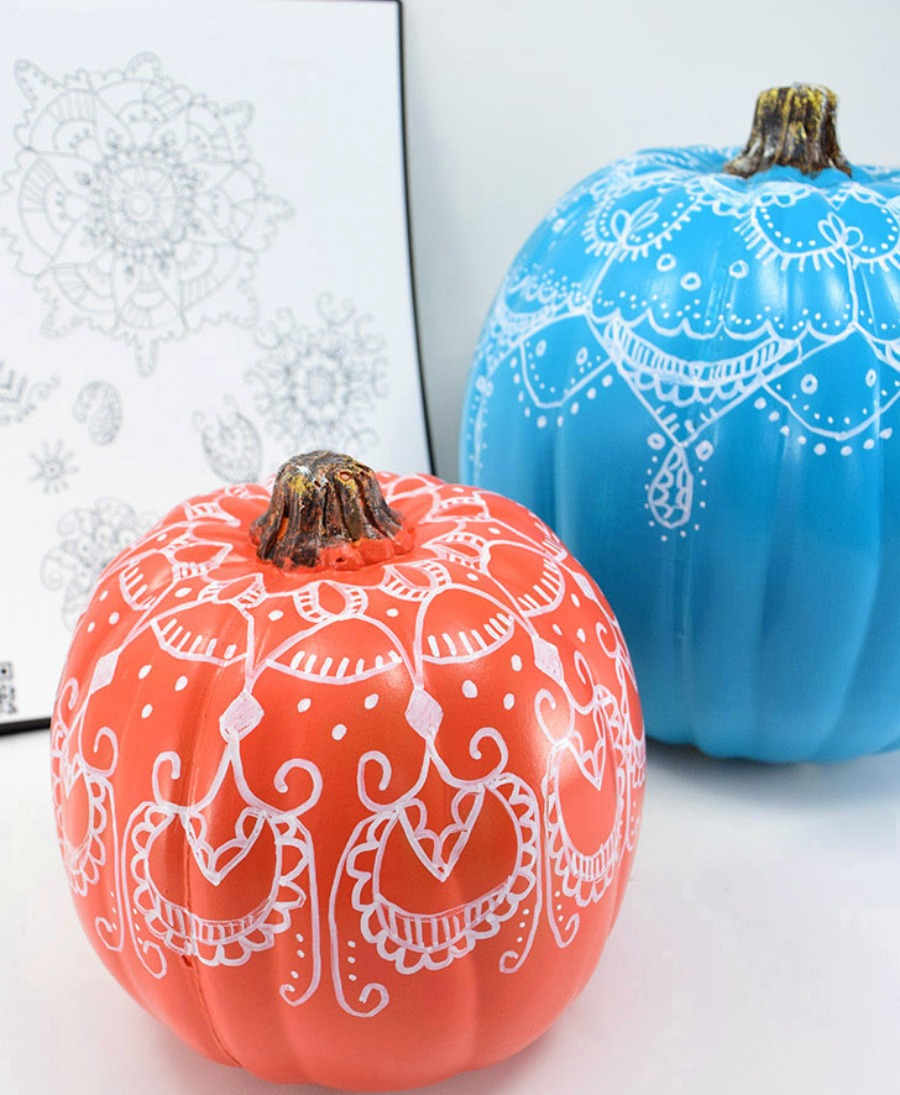 You won’t need anything but your imagination and a bit of paint and other supplies to make these decorated pumpkins shine!

Contents hide
How do you decorate a small pumpkin?
14 No Carve Pumpkin Ideas
How long does an uncut pumpkin last?
What paints to use on pumpkins?
Do you have a favorite no carve pumpkin that you’re going to make?
More Pumpkin Decorating Ideas
You may also enjoy...

How do you decorate a small pumpkin?

Who says that you have to carve and cut into pumpkins? While it can look really cool at times to do so, there’s truth in the fact that not carving into your pumpkins and painting and decorating them instead can be just as beautiful.

This is especially true if you have small pumpkins that are just too little to cut into. Painting them or adding fun decals to them can really turn them into something fun! 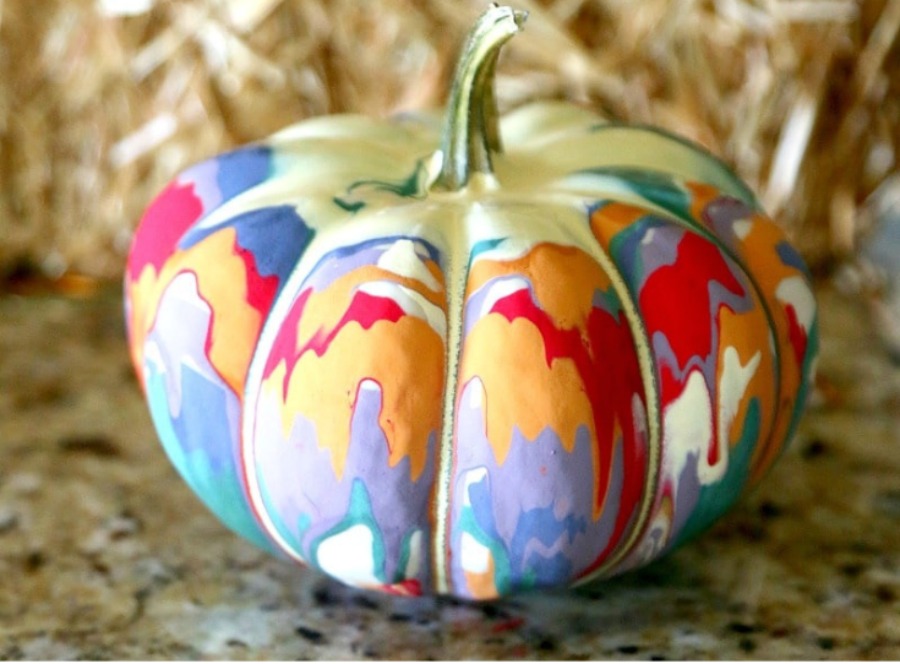 If you’re tired of cutting into and taking out the guts of the pumpkin, you’re not alone. In fact, these no carve ideas are actually a lot easier to do! (and there’s nothing messy about them!)

Here are some super simple and great ideas on ways that you can decorate your pumpkins without cutting into them at all!

Calling all Harry Potters fans that are out there! This simple pumpkin decorating idea is fun and easy!

The best part about this pumpkin is that it’s full of fun colors. Leave the knife in the drawer and have fun drip painting instead.

Flossing Skeletons Pumpkin by All for the Boys

Don’t miss out on this cute pumpkin decorating idea!

Black cats are just the best for Halloween time! They deserve a spot on your pumpkins!

Who says that you can’t tattoo up your pumpkin?!

Looking for a creative way to decorate your pumpkin? This is it!

Don’t miss out on this spooky pumpkin decor idea!

Talk about a lot of fun! And so unique! No cutting needed!

This simple pumpkin decorating idea needs to be on your radar.

It just wouldn’t be Halloween without witch pumpkins!

Pumpkin Owls by My Pinterventures

“Who” doesn’t want to make these cute pumpkins?!

Creative and unique, this is a fun spin on pumpkin decorating.

Another fun idea for tattooing your pumpkin.

Day of the Dead Pumpkins by Mod Podge Rocks

This year, try something new for how your pumpkin will look!

Aren’t those all just awesome?! Who knew that it could be so simple to get that holiday look and feel without even having to get out your pumpkin carving knife? 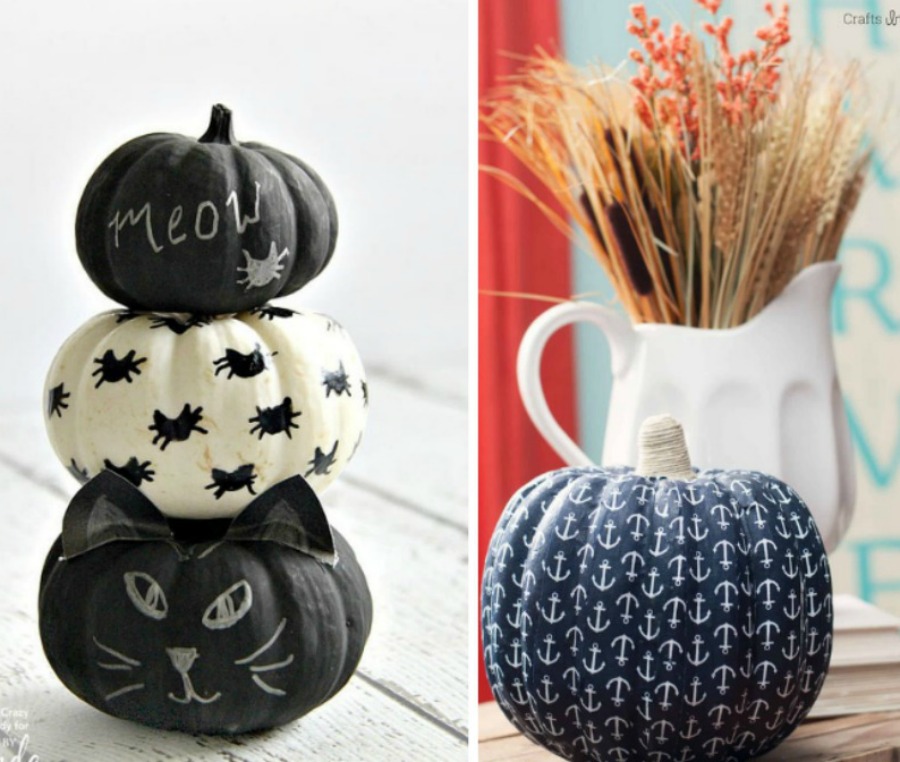 How long does an uncut pumpkin last?

What paints to use on pumpkins?

If you’re planning on painting your pumpkins, make certain that you use acrylic paint. This will stick to it the best and won’t wash off in the rain, either!

This year, leave your pumpkins whole and try one of these no carve pumpkin ideas instead. You’ll be surprised at how big of a hit they’ll be! Everyone carves their pumpkins but how many people actually take the time to paint and decorate them?

These unique pumpkin decorating ideas are simple and a lot of fun. If you’re wanting to be artsy and creative, start with this list!

Do you have a favorite no carve pumpkin that you’re going to make?

Loving Copper Pumpkins For The Fall

65 shares
Previous Post: « Visiting AT&T Stadium for a Cowboys Football Game
Next Post: A Piece of Rock and Roll Heaven With the Righteous Brothers » 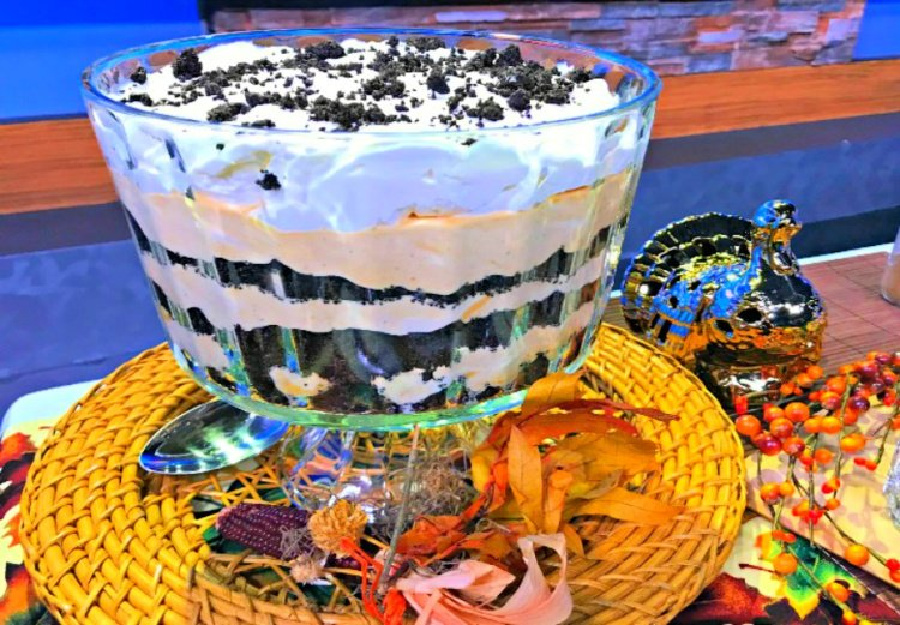 MyHomeandTravels.com is a participant in the Amazon Services LLC Associates Program, an affiliate advertising program designed to provide a means for sites to earn advertising fees by advertising and linking to amazon.com.
65 shares