If you want something a bit more than just a pan of cinnamon rolls, then you must try this Semi-Homemade Crock Pot Cinnamon Roll Casserole to serve at your next breakfast or brunch. 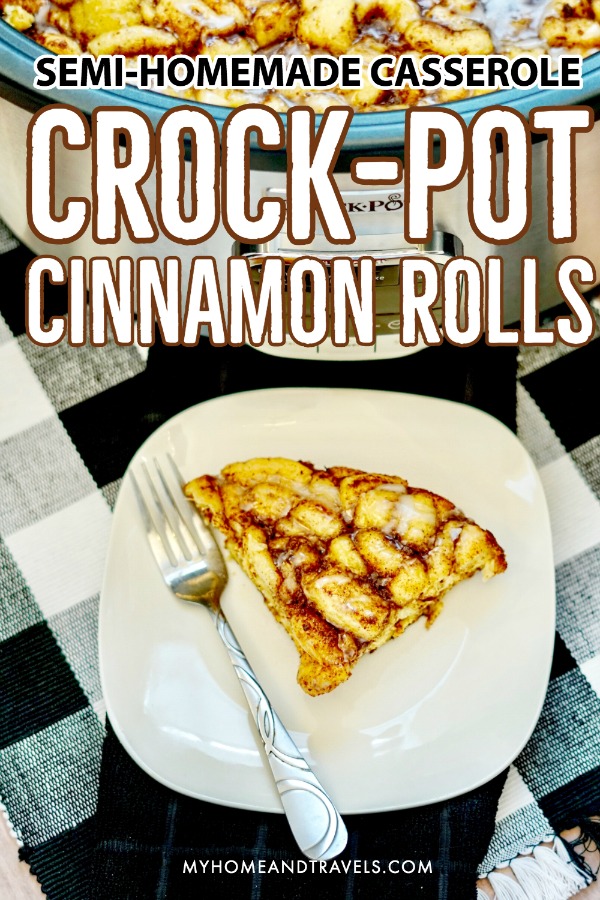 It’s even made easier because you use your favorite brand of refrigerated cinnamon rolls. You know – those in a can.

I can imagine on Christmas Morning or maybe a lazy Saturday, this would be a great recipe to make up to serve all morning long as you enjoy those endless cups of coffee or tea.

Impress your guests (or family), a little caramel sauce drizzled on the plate, drizzle a little more on the cinnamon rolls, then top with toasted pecans.  So yummy – and pretty. 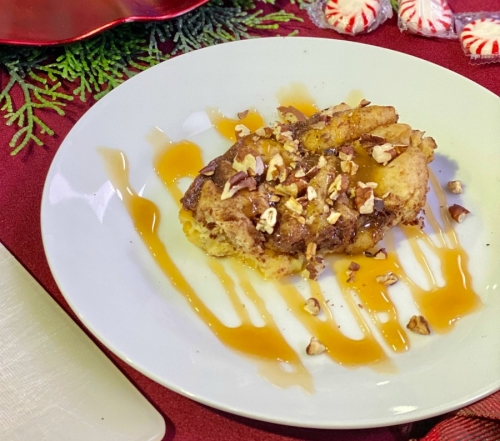 You may be like me and get up earlier than the rest of the house so I can get it made up and cooking before the others crawl out of bed.

To keep moisture from dropping into crock pot, place a thin kitchen towel under lid.

This could even be made up the night before and stored in a large mixing bowl then poured into the crock pot the next morning.

Just a few easy steps to make this. 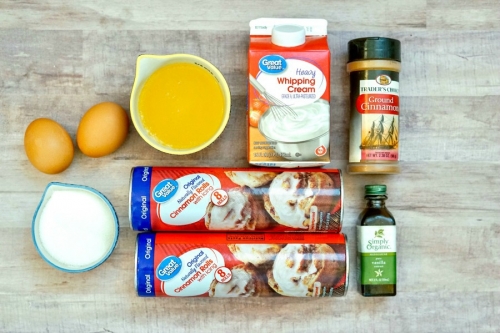 In a mixing bowl, pour in melted butter & cream 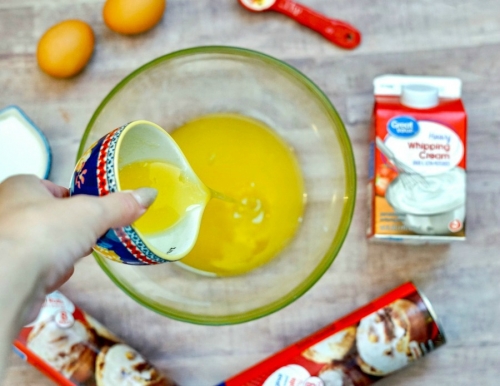 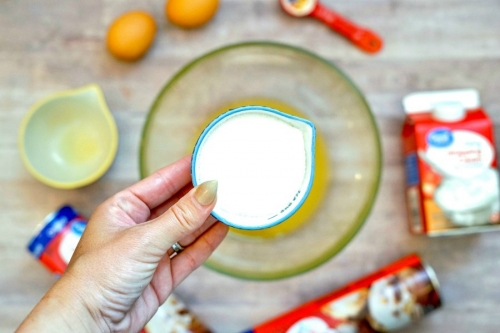 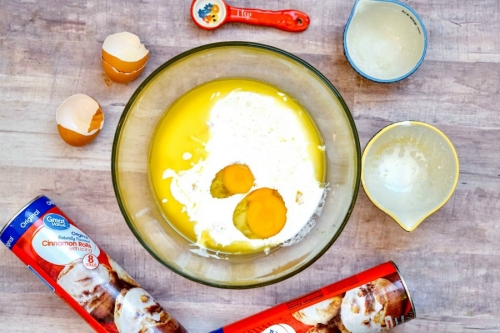 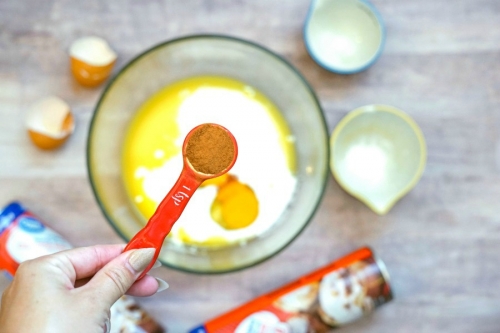 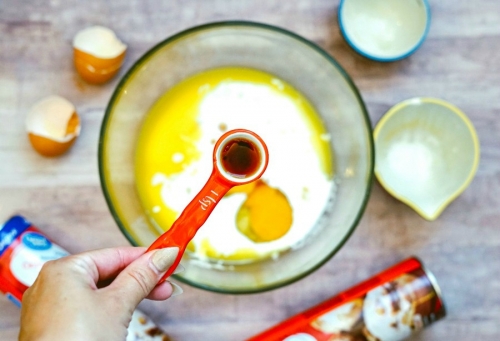 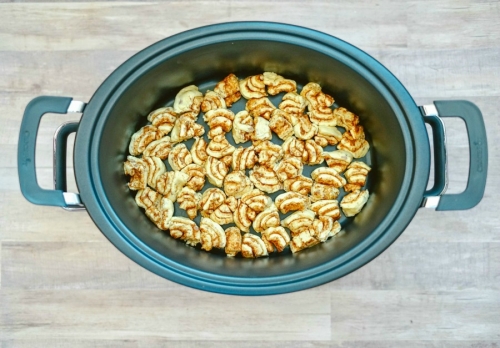 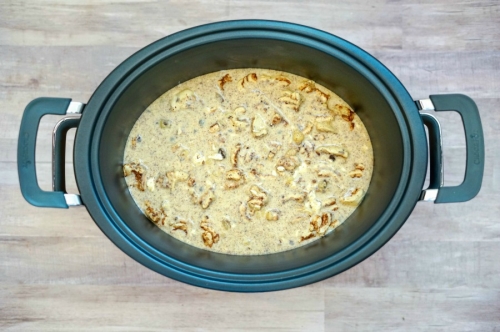 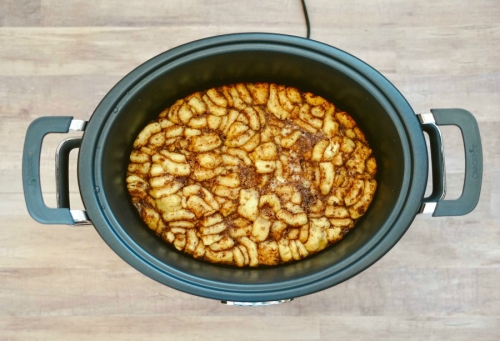 Remove lid and drizzle with frosting 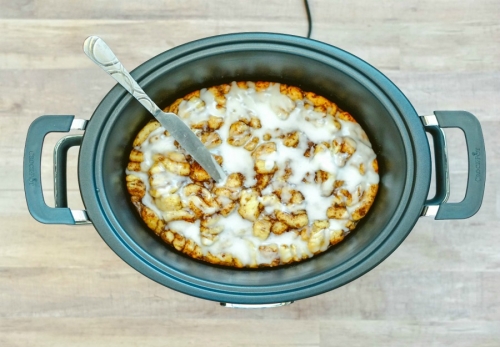 Are you ever asked to bring something to a work breakfast or brunch? Impress your co-workers with this and they will be expecting it every time.

Maybe you still want the taste of pumpkin for  breakfast?

Now with a second crock pot, make this best hot chocolate and you have your morning set. Well, besides a favorite cup of coffee of course. 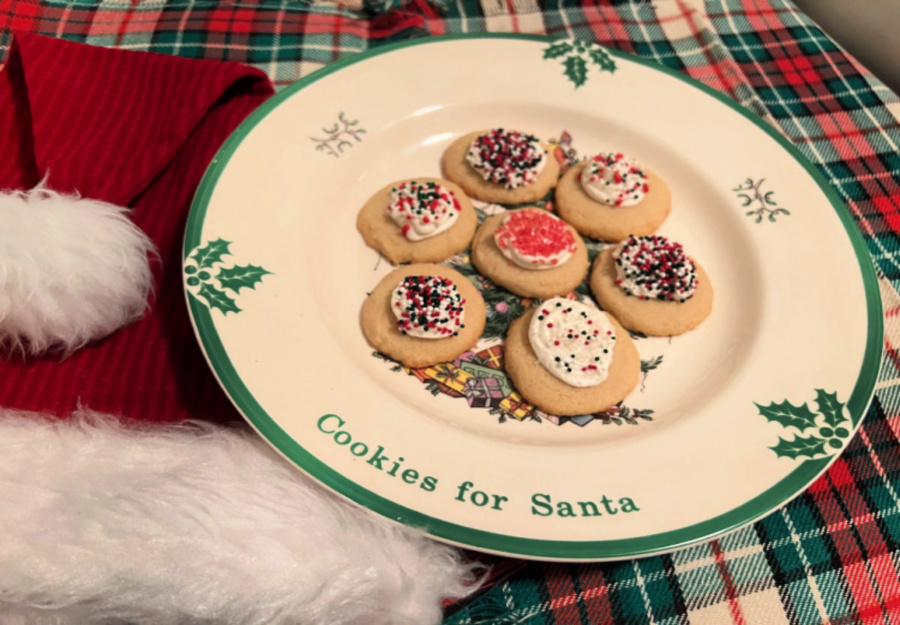 MyHomeandTravels.com is a participant in the Amazon Services LLC Associates Program, an affiliate advertising program designed to provide a means for sites to earn advertising fees by advertising and linking to amazon.com.Skip to Recipe
92 shares