If you don’t have a Red Velvet Cake recipe in your recipe box, well, maybe you would rather have one of these really good Red Velvet recipes to try.  The true Southerner will most like have the Red Velvet Cake with cream cheese frosting, but so many variations on that too.  I’ve gathered some yummy recipes for you to try out.

Make sure to PIN these ideas. 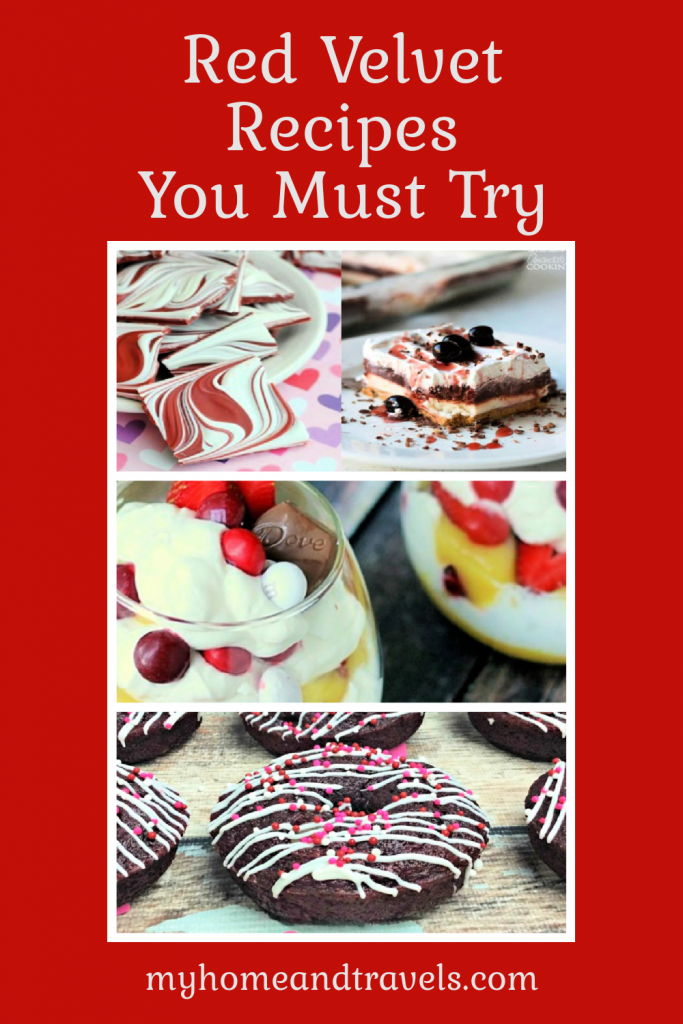 From cakes to cheesecake to donuts, there’s a little bit of everything to entice you.  Now to decided which one first. 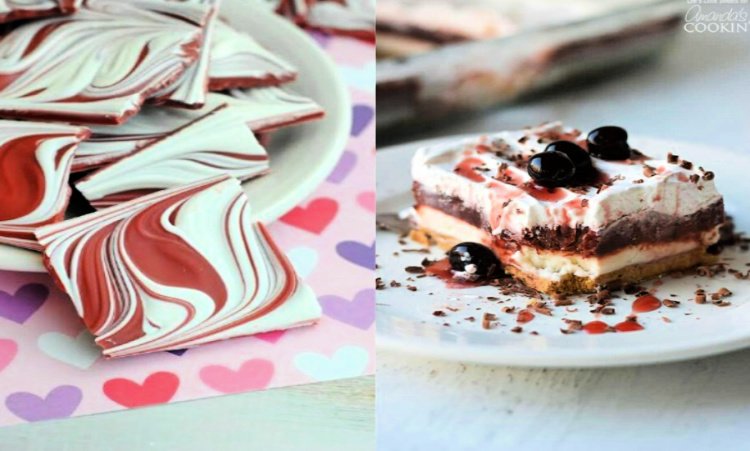 Think too about something Red Velvet is the perfect dessert for Valentine’s Day.  Are you making any special treats? 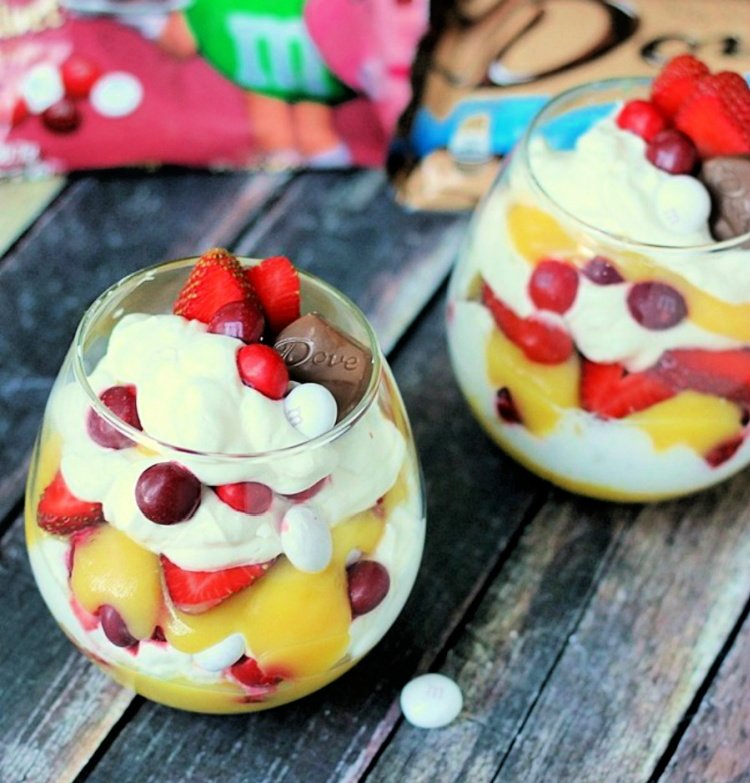 Red Velvet Bark by More Than a Mom of 3

Red Velvet Bread by 3 Boys and a Dog 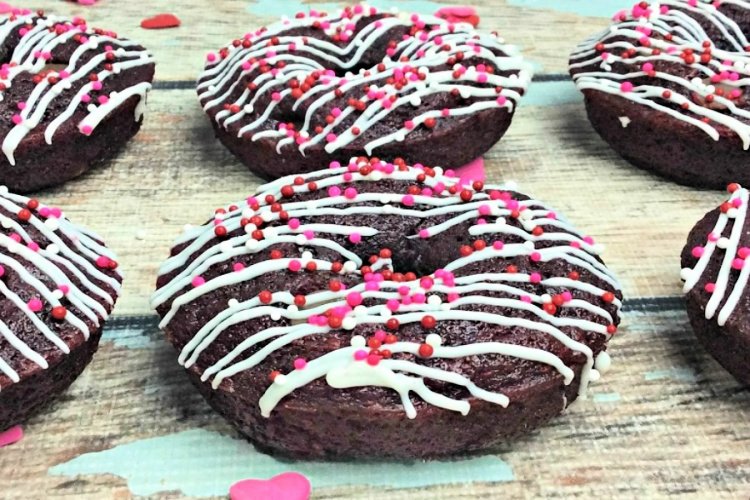 I’ve also included my RED VELVET BROWNIES.  These were designed as Santa Hats, (thinking they will be made this year cut out as a heart) but I think I could still eat a strawberry on top with my BEST BUTTERCREAM FROSTING at any time.  Hearts would be great for Valentines Day, or any special occasion. 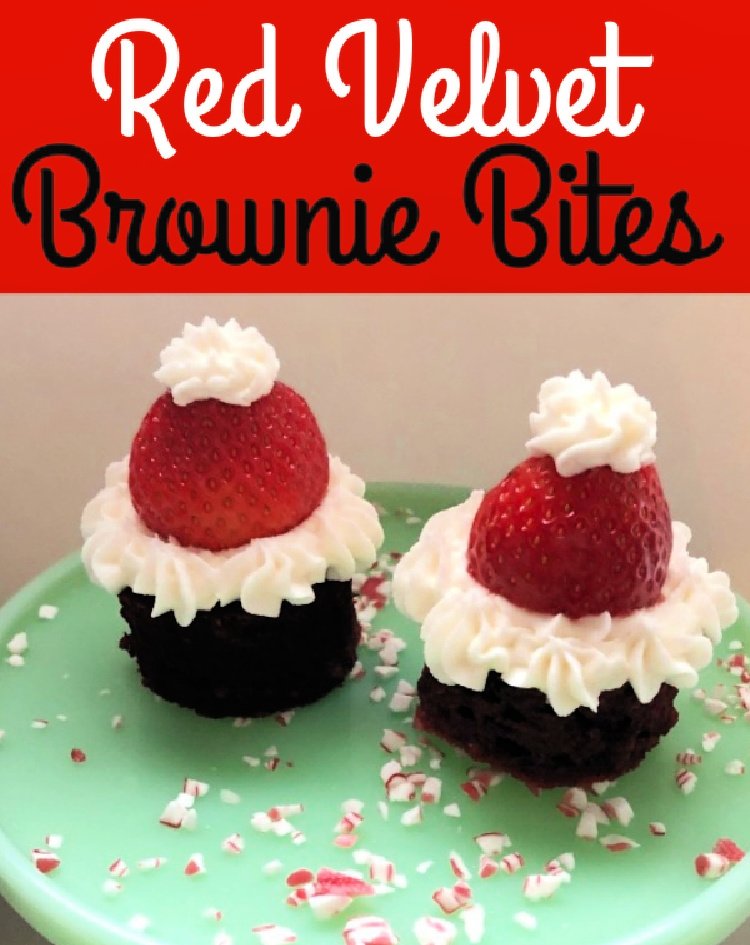 Now let me know if you try any of these and what your favorite was.

MyHomeandTravels.com is a participant in the Amazon Services LLC Associates Program, an affiliate advertising program designed to provide a means for sites to earn advertising fees by advertising and linking to amazon.com.
35 shares
Cookies are used on My Home and Travels to ensure that we give you the best experience on our website. These cookies provide feedback information to our analytics and advertisers. You can switch off these cookies at anytime. I AgreePrivacy policy