Stepping onto the grounds of the Henry Morrison Flagler Museum is like stepping back in time. One of the most magnificent sites in all of Florida this palatial home-turned-museum boasts beautiful Italian-inspired architecture and sits on grounds that are absolutely breathtaking. We had the chance to explore both the grounds and the museum itself, and everywhere we turned was filled with history and beauty. 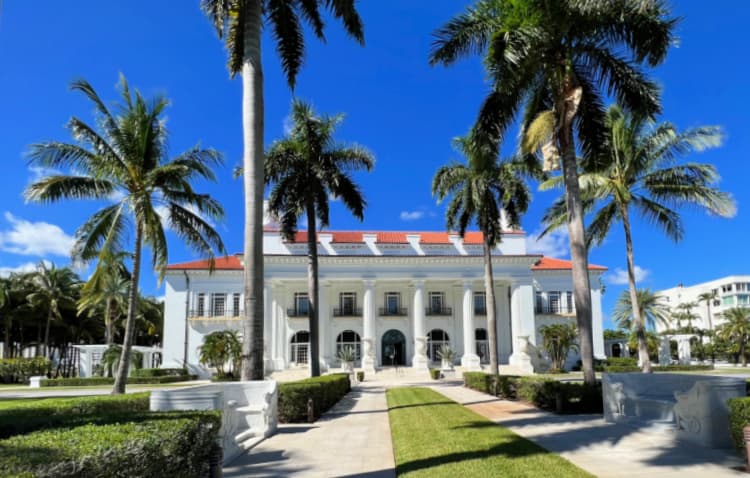 The sprawling, 75-room mansion, Whitehall, was built by Henry Flagler as a wedding present for his wife, Mary Lily Kenan Flagler, and was used by the couple as a winter getaway from 1902 until Flagler’s death in 1913. This beautiful mansion and its grounds were touted by the New York Herald as “More wonderful than any palace in Europe, grander and more magnificent than any other private dwelling in the world”. 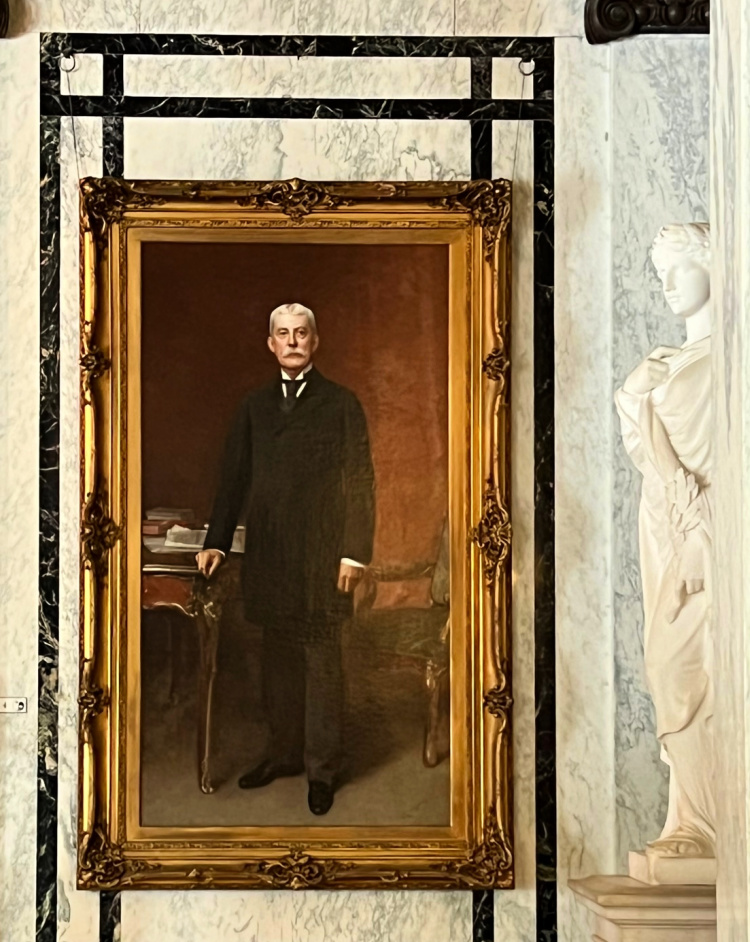 After Flagler’s death, the home was eventually turned into a hotel. Later, it was converted back into a home, and finally, it was transformed into a museum. Today, the mansion and the grounds are both historic looks at what Florida was like in the early 1900s and open to all.

The core of the Henry Morrison Flagler Museum is the home itself, which is now a step back into the life and times of the Flaglers in the early 1900s. Visitors can enjoy docent-led tours of the first floor, and audio tour wands are available for narrated, self-guided tours. 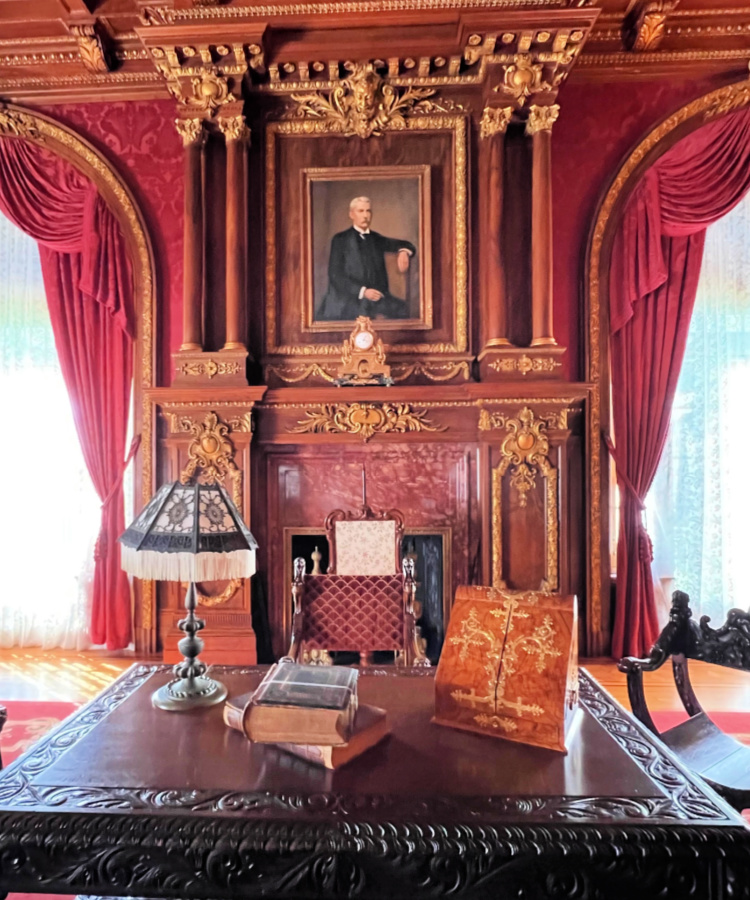 More from the Tour of Henry Morrison Flagler Museum 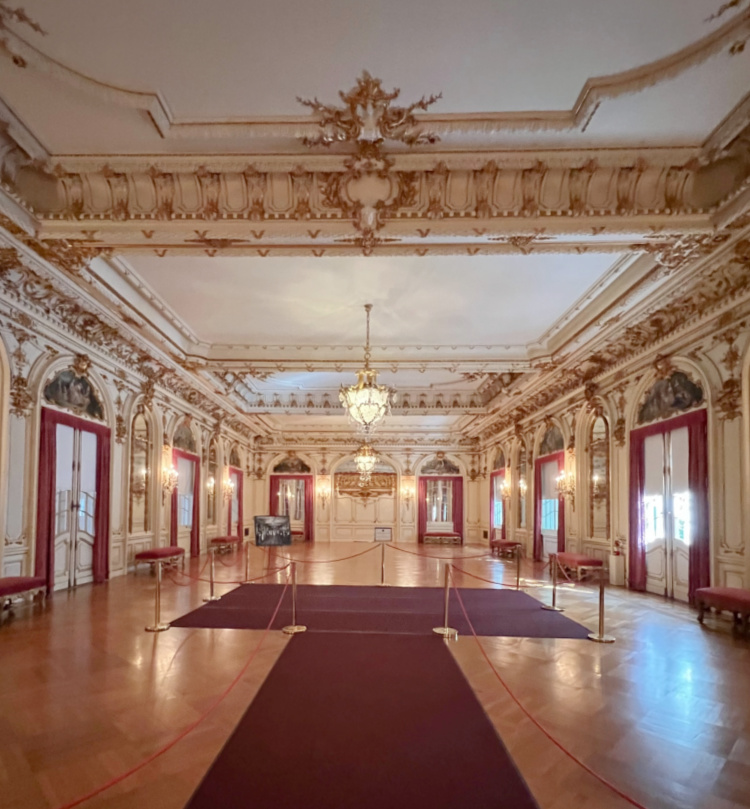 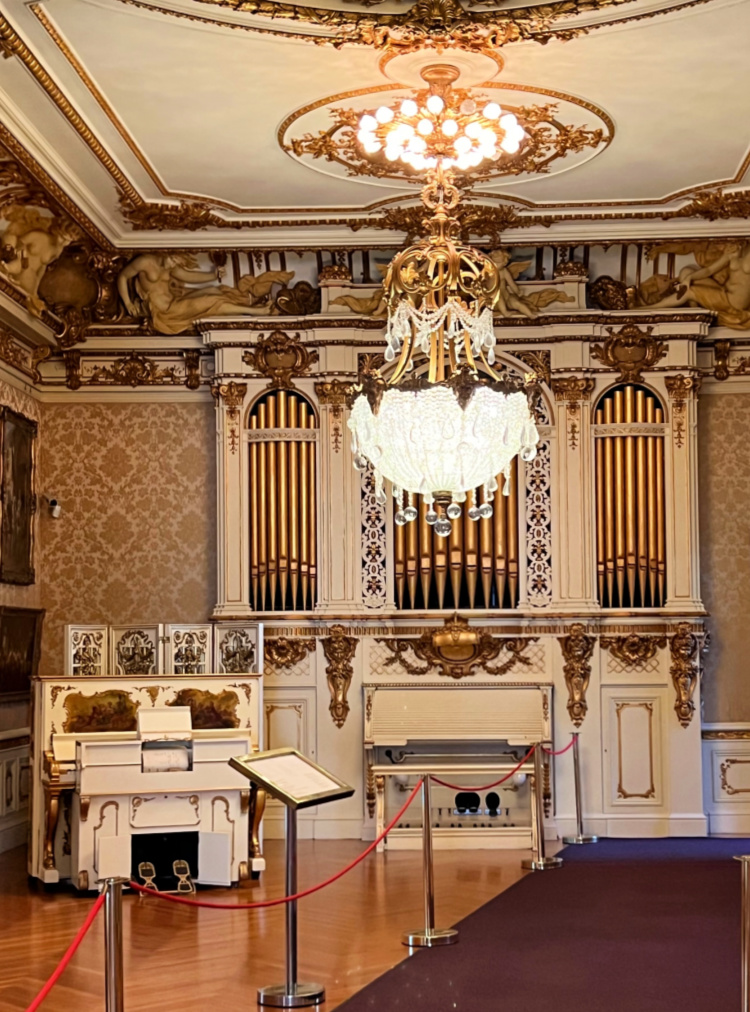 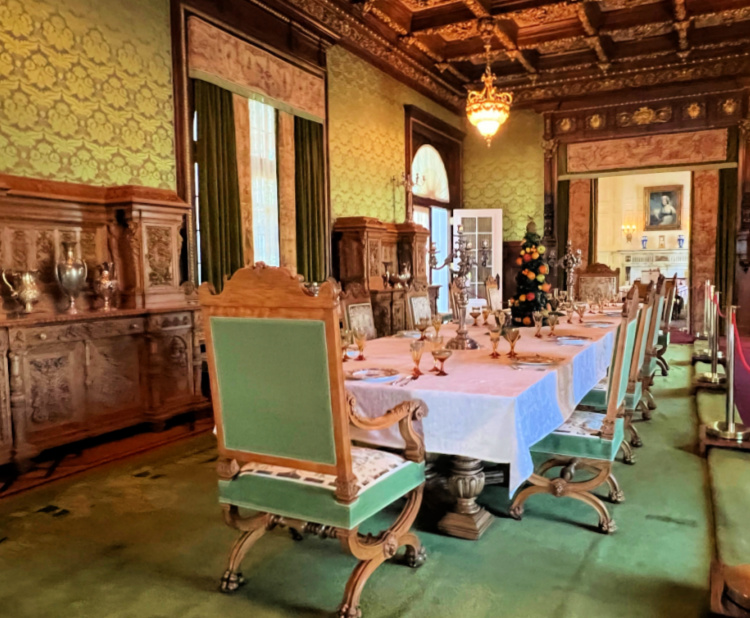 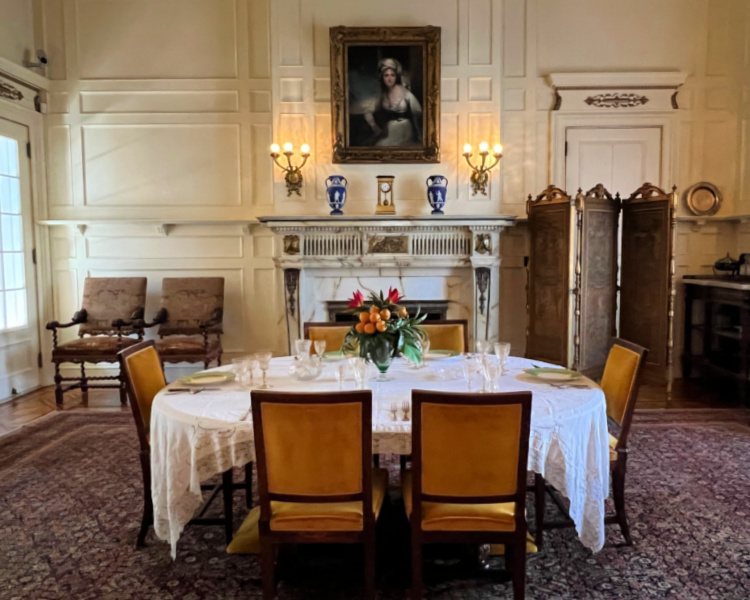 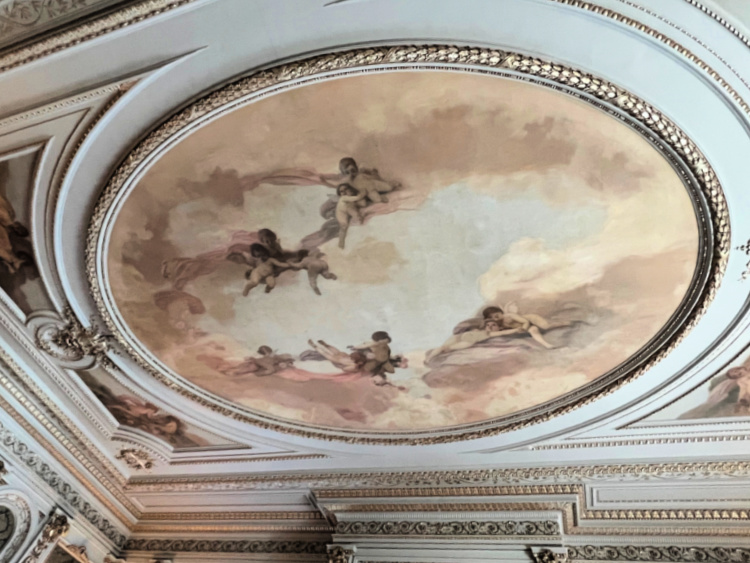 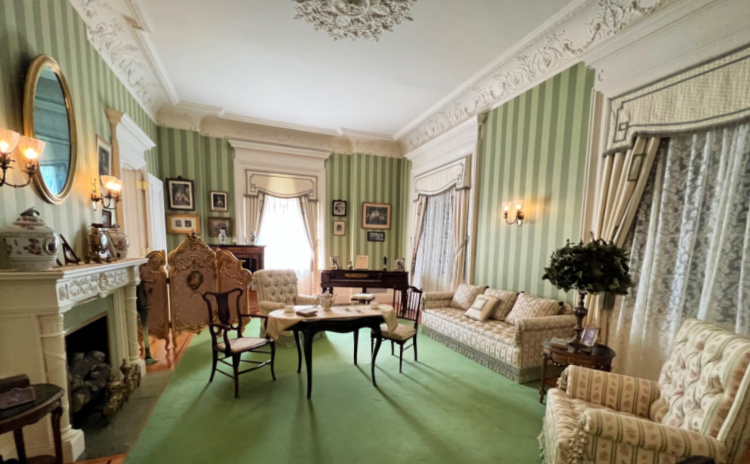 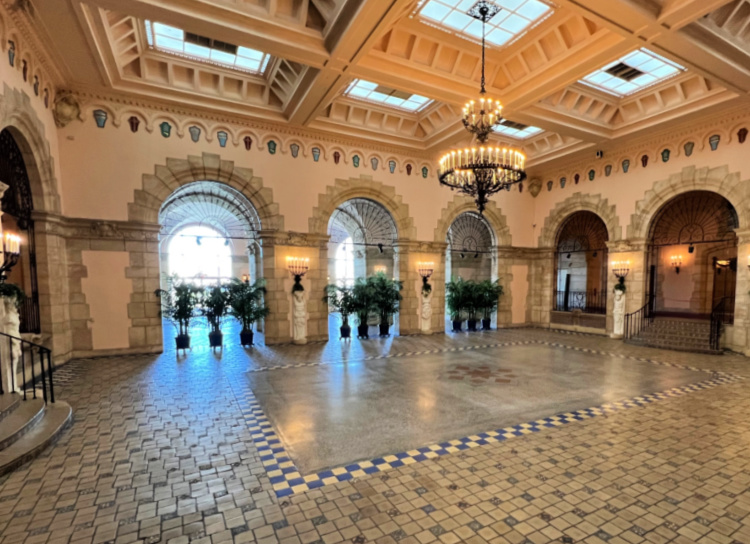 The newest addition to the property is the The Flagler Kenan Pavilion, constructed in 2005 and it houses Henry Flagler’s private railcar, which you can tour.  This was truly traveling in style. 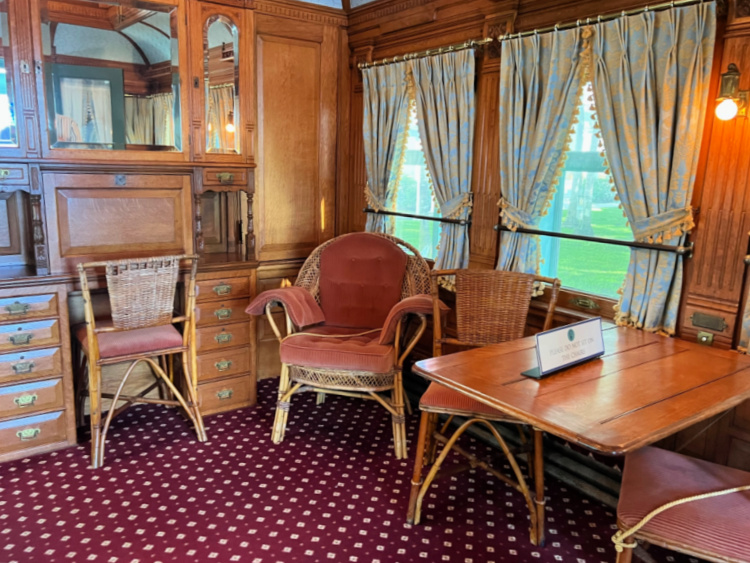 You will also find a wicker wheelchair, which Mr. Flagler enjoyed in his later years. 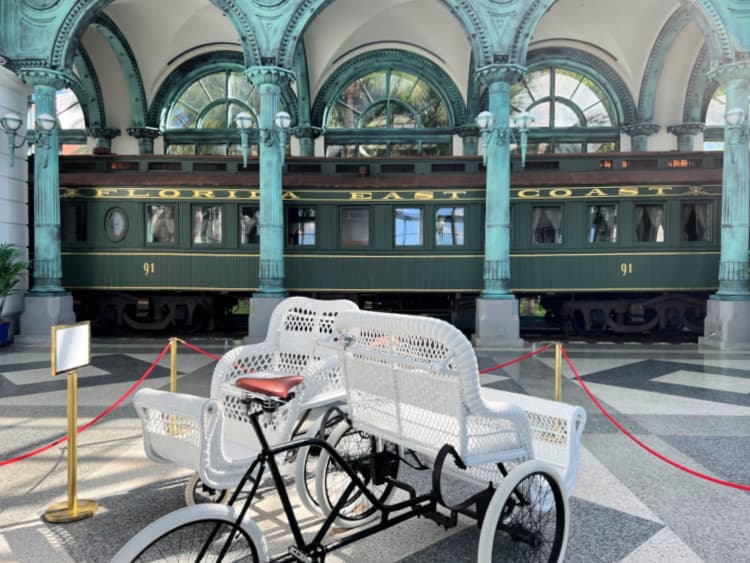 Whitehall isn’t the only thing to experience while visiting this estate. The grounds are not to be missed, as well. In addition to walking the grounds and taking in the gardens and scenery, visitors can order a picnic and enjoy surrounded by the beauty of the grand, sweeping landscape of the estate. 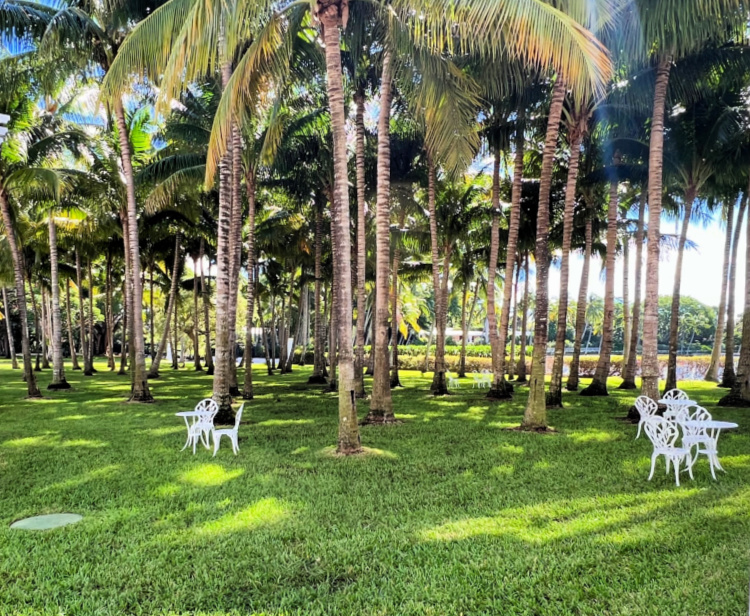 In addition to tours, Henry Morrison Flagler Museum and grounds are also available for special events like weddings and other gatherings. This gorgeous estate makes the perfect backdrop for an ultra-posh gathering.

Walk next door to get a view of Seagull Cottage, Palm Beach’s oldest home.  It’s not open for tours.  My pictures were limited as the church next door was preparing for an event. 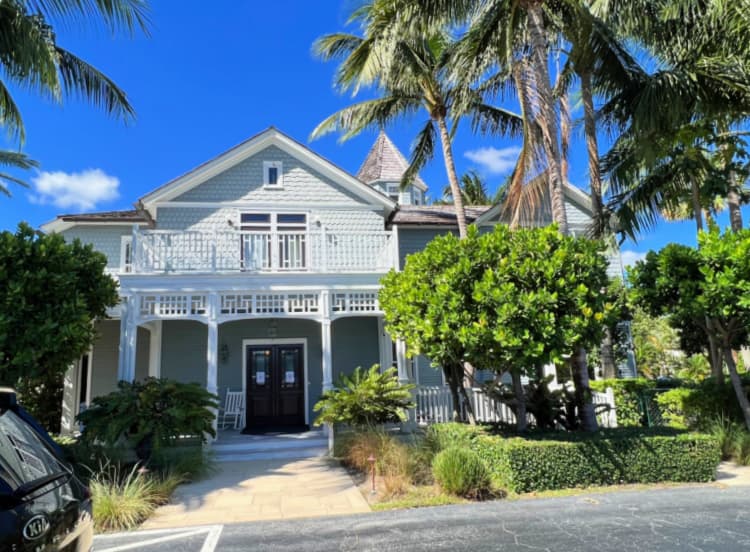 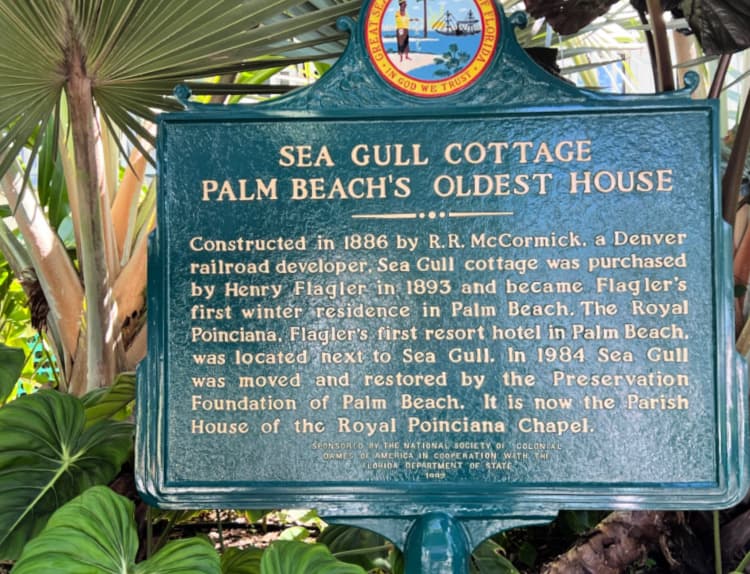 The Henry Morrison Flagler Museum and the surrounding grounds are a wonderful combination of history and beauty. While the estate grounds and Whitehall mansion are now a museum open to the public, with every step you can feel that this was once a home filled with as much love and zest for life as it was opulence. If you’re in the Palm Beach area, be sure to stop by and take in this wonderful museum.